back to press page 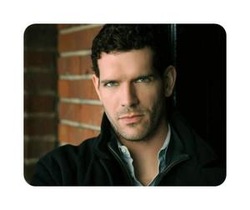 The Rome that spawned the warrior known as Coriolanus is a land seething with anger and citizens’ discontent. When the hero returns from his battles, he becomes a candidate for political office but cannot please the crowd. When they reject him, he turns on his country and vows revenge.

The plot-line of Shakespeare’s play, “Coriolanus,” playing nightly on the Boston Common, could be ripped from modern headlines as nations around the globe are roiled by revolution and uprisings. Director, Steven Maler, who has been staging Shakespeare’s dramas on the Boston Common for the past 16 years, has brought Shakespeare’s bloodly tale right into the audience – literally – as armed soldiers rush down a grassy path among the viewers to the platform playing space, amidst smoke, shouts and alarms. Maler, one of the most perceptive Boston theater artists, has nailed it with this one. The show is thrilling and the admission is free.

On Wednesday night, the rains ended in time for a full moon to emerge on cue, as if to help light the scene. One of Maler’s virtues as a director is an instinct for casting; another is his attention to the language of the work. He found West Bridgewater native Nicholas Carriere in New York and brought him home to cast in the title role. Tall, muscular, graceful and confident, Carriere is a super-hero for the stage. He’s a man who attracts attention. He has a huge number of lines, which he delivers with careful diction and full understanding of their intent, as if every word he utters is a proclamation. That he is matched in stature by distinguished local actress Karen MacDonald, cast as his Tiger-Mom, Volumnia, makes their confrontations a match-up of giants, except his mom always wins. Maler has directed Carriere to create a Coriolanus who bests every man he meets, but cannot get away from his mother’s instructions. MacDonald as a flag-waving matriarch, with the vision of her son proving his patriotism with his blood, is a marvel of determination, will power and a kind of madness that will long be remembered.

Other stand-outs in the large cast include Fred Sullivan, Jr. as the faithful Menenius, who loved Coriolanus like a son but is rejected in the end; Robert Walsh as the Roman general, Cominius, and Remo Airaldi and Jacqui Parker as a pair of rabble-rousing leaders of the masses. Maurice Emmanuel Parent as Tullus Aufidius, enemy leader and sworn adversary of Coriolanus, creates a Che-Guevera like character who snarls his lines but displays emotions that swing widely from admiration to hatred.

The battles are fought up and over a two-story set designed by Cristina Todesco of upright, red-rusted steel beams that serve as the walls of both Rome and the besieged city, Antiem. Helicoptors flying overhead, and bells ringing from the nearby churches, only add to the reality of the picture on stage. Costume designer, Seth Bodie dressed the Roman army in battle ready fatigues and their enemies in motley contemporary garb, familiar from the street battles in distant lands we’ve been watching each night on the news broadcasts.

Despite the emphasis on violence, the final scene is a train-wreck of emotions, with everyone on stage engaged for various motives, as Volumnia, and the wife and small son of Coriolanus prostrate themselves on the floor to beg for mercy for Rome. The last image, devised by Maler, is one to make our collective blood run cold, in its simplicity and truth, that augers ill for the futures of Coriolanus and of Rome, and for our uncompromising world.